WhatsApp is rolling out a new update with version number 2.19.20 for iOS which brings new features such as call waiting, redesigned chat screen, and more. On the other hand, the beta version for Android (v2.19.348) adds Snapchat-Esque disappearing (self-destructing) messages.

Talking about the update for iOS, WhatsApp adds a new call waiting feature to the app similar to what we have for normal calls on phones. This means when a user is on a call, they will receive a notification if they receive another call. Tapping on the notification, the user can either reject or attend the new incoming call like on cellular calls.

Additionally, the chat screen has been now redesigned to enable users to quickly scan through the messages without any hassle. Also, WhatsApp has added direct input from Braille keyboard while using the iPhone in VoiceOver mode. 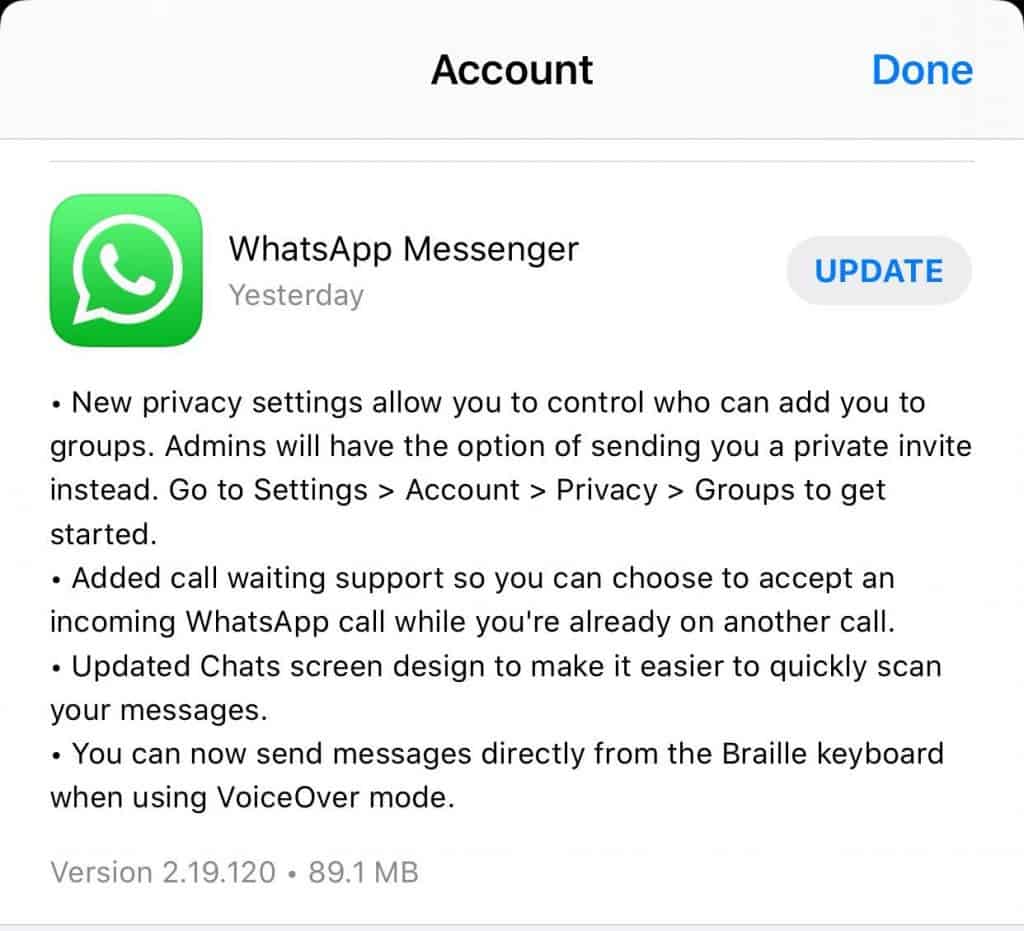 The latest WhatsApp stable update for iOS also brings a new privacy feature which allows users to control who can add them to groups. This functionality can be accessed from Settings -> Account -> Privacy -> Groups. Users can also opt for private invites for groups from admins if they don’t want to get added to unnecessary group chats.

Coming to the Android side, the beta update of 25th November adds Snapchat like disappearing messages. During the development stage, this feature was called ‘Disappearing Messages’ but now it has been renamed to ‘Delete Messages’.

This feature can be enabled from Contact info or Group info(admins only). The app allows from 1 hour to up to 1 year lasting time for the messages in the chat. Interestingly, this setting is already compatible with Dark Mode.